Liberal Democrats in the House of Lords have put their name to a letter which calls on the Prime Minister to ‘fulfil his moral duty to accept 3,000 orphaned child refugees.’ 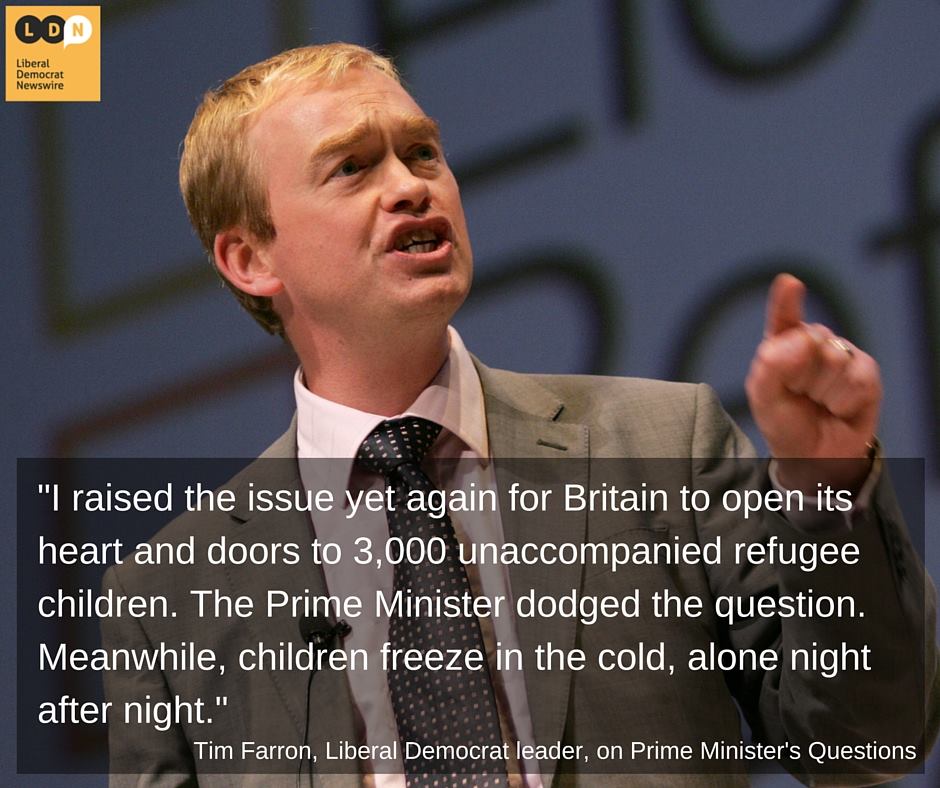 Ahead of delivering the letter Roger Roberts said:

“It is outrageous that David Cameron does not step in to properly protect these children. Instead he offers a shadow of what he should which leaves children suffering and dying across the European continent.

“Cameron is stepping back and relying on others to be the humanitarians that we should be.“