On the first day Saturday, The first thing I did was to arrange to meet some of my fellow Greenwich Liberal Democrats to discuss what we were going to do that day. After which I went round some of the exhibition stands and talked to some very excited new fellow delegates about why they were there and what they expected from the conference. I then arrived at the disability access forum where we discussed any problems we had and anything that would make conference better for disabled people. 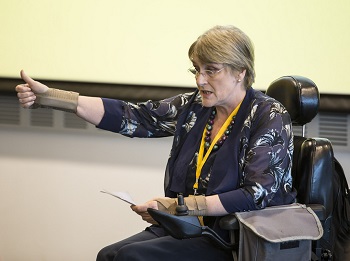 I then went to the opening of Conference and a rousing speech from Baroness Sal Brinton President of the Liberal Democrats on the way ahead. The next two items were reports by the Federal Conference Committee and Federal Policy Committee and questions on these reports. This was followed by a motion on “Creating Safe and Legal Routes for Refugees” which was very lively and well attended debate which discussed two amendments which were approved. Finally at the end of the day we had a policy pitch where 22 applications were reduced to 3 and then discussed by a panel of leading Liberal Democrats. The first on the education system. The second on Public Bodies and finally one about dividing the Border Agency.

Then there was a members rally in the auditorium which was full as Tim Farron, Sal Brinton and Caroline Pidgeon were speaking about what will be going on in the future. I then finally went to a fringe meeting for new members where Tim Farron would be speaking and talking to members. This was the event where I took some pictures, talked to Tim Farron about the future and rather worriedly asked for a picture with him and was quite surprised and pleased when he consented. (see pictures below). I then went for something to eat and drink with friends where we discussed what had happened during the day and commented on how easy it was to talk to everybody and ask them what they wanted from the conference or find out where they were from.

Sunday arrived and I rushed down to the conference to see colleagues to decide what I was going to do that day. I then went to the main auditorium where I sat through the first consultative session on Agenda 2020 on party values and philosophy review after which I heard the motion on Winning in Europe and the two amendments which all passed after a great debate. 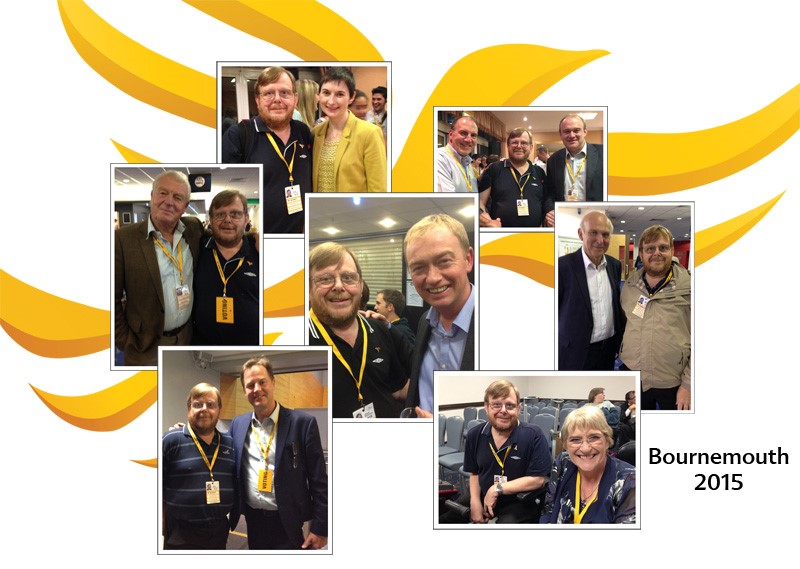 I then went for a quick meal and discussed some of the things that had happened with other delegates as I left I bumped into Sal Brinton and Paddy Ashdown and got a picture with them (see pictures below). I then hurried to the Federal Conference Committee and Conference Access Group training meeting. After which I went around the exhibitions asking questions and spending some time at the BBC exhibition looking at future developments.

I then went to question and answer session with Tim Farron MP in the auditorium which was very impressive after which I listened to two reports from the Federal Executive and Diversity Engagement Group. After which I went for an evening meal with delegates and discussed the day’s events with them. I finally went to a fringe meeting of London Liberal Democrats where I met Caroline Pidgeon, Simon Hughes and Ed Davey and got pictures of them (see pictures below).

Monday came and I spent most of the day in the auditorium listening to policy motions on Transgender and Intersex Health Charter, Urgent Action on Air Quality and Health, Securing a Global Treaty on Climate Change, Public Health Service and Scrapping Trident which was an excellent debate and was passed by a vast majority.

I then went to a fringe meeting with Nick Clegg it was packed and I could not get in so I waited for him to come out so that I could get a picture with him. However as the meeting started to close more journalists arrived to speak to him but he managed to get out of the room by another exit and therefore I thought that I had missed my opportunity to get a picture. So I started to leave the conference bye the back door and too my surprise Nick Clegg was coming in so I asked him for a picture with me which he very happily agreed to after which I bumped into Vince Cable and got a picture with him (see pictures below).

On Tuesday I spent half the day in training courses Election Law A-Z and Complying with the Data Protection Act in your party which were very interesting and helpful for those who want to get more involved in the party. 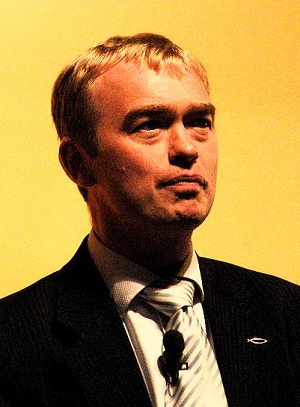 I went for a quick meal and drink with friends and discussed how good some of the training session are but you do need to make these decisions before you arrive so you can get the best out of the conference. I then had to hurry to the auditorium for the policy motion on Human Rights which was passed after a good debate after which there was a tribute to Charles Kennedy about his life and what he achieved.

After which there were constitution amendments on the Deputy Leader and Leader’s Veto which were not discussed due to procedural objections. I then left for a meal and drink with colleagues.

The final day came and I wondered where the time had gone. I decided to stay in the auditorium and heard the debates on Protecting the BBC, Energy and Democracy, No-one Should be Enslaved by Poverty and Youth Services which all passed. Finally everybody came into to see the final speech by Tim Farron MP which was a very rousing end of conference speech and then conference was over and everybody started to say their goodbyes and make their way to the train stations etc.

I had a great time at conference and would advise everybody who can go to conference to take the time to go as you will learn lots of things about the party and come away with a lot of new friends and with lots of new ideas which you can take back to your local party membership.

About the author: Bonnie Christopher Soanes is 58 years old and has been a Liberal Democrat for 40 of them. Bournemouth 2015 was Bonnie's first conference. Bonnie lives with Cerebal Palsy, which affects his walking, speech and manipulation. Prior to the onset of CP, Bonnie worked at the Ministry of Defence for 26 years apparently in an Administrative capacity. But that's exactly what a James Bond-style Super Spy WOULD say, isn't it.