Join us to meet our local Greater London Assembly candidate Ade Fatukasi (for the Greenwich & Lewisham area). Members from both Greenwich and Lewisham will be welcome. Free refreshments will be provided (including Scotch pancakes). This is a great opportunity to meet the candidate, meet other members in a friendly environment, and hear about the themes of the campaign.

There will be speeches from the Local Party, candidate, activists, and members from Siobhan Benita's campaign team. You will have the opportunity to ask questions about what the campaign involves and how we are aiming to win. There will also be the chance for more informal socialising with other members. No political knowledge or campaign experience required. 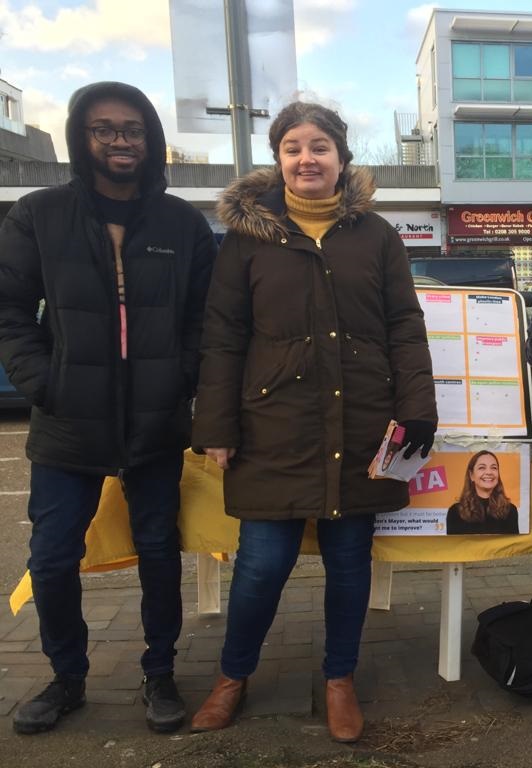 Less than 10 weeks away, in May, we have the Mayoral and Greater London Assembly Elections. These elections are the chance for the Liberal Democrats to pick ourselves up. Electing more GLA members and even a Mayor will be vital for instilling hope in voters, and giving the right people some of the power to affect Londoners’ lives.

Part of why the 2019 General Election had such a bad outcome was First Past The Post (Liberal Democrats received 1.3 million more votes than in 2017 but went down 1 seat, taking 1.7% of the seats with 12% of the votes whereas the Tories got 58% seats on 45% vote) - As an election with Proportional Representation, the 2020 elections are our opportunity to give every voter their fair say.

Campaigning can make a difference!

We know that leaflet delivery and other campaign activities make a difference to vote outcome. That’s how we increased our vote share by 7% in Greenwich & Woolwich to 14% (7,253 votes, closing the gap between us and the Conservatives to from over 10,000 to fewer than 4,500 votes), compared to the national increase of 4%; and held our deposit in Eltham. This was despite Labour (inaccurately) telling voters that a vote for us risked letting the Conservatives in. We topped the polls in the European Parliament elections in Greenwich & Woolwich, and came second in Eltham, so we know there are many residents here who want to vote for us.