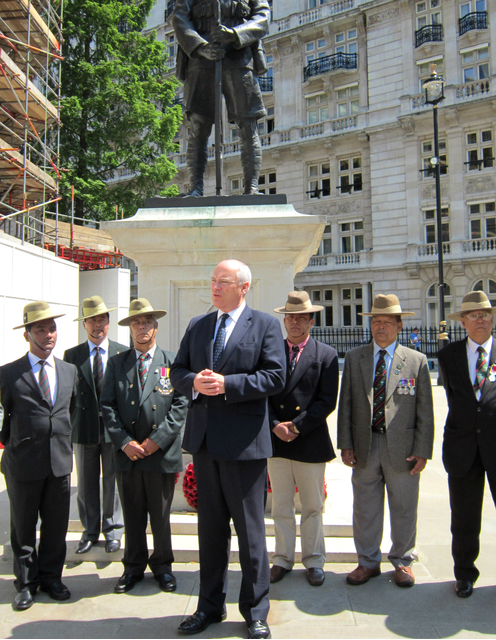 Greenwich Lib Dems have joined the campaign to open up the Reserves to retired Gurkhas, so that they can lead the way in making the future Reserve forces more skilled and stronger than ever.

The MoD plans to fully integrate 30,000 fully-trained Reserves into the Regular Army by 2020, but the local Lib Dems believe we need to do more to achieve this. As Nepalese citizens, the well-respected Gurkhas do not currently have a Reserve liability unlike other soldiers so, alongside former Defence Minister Nick Harvey, Greenwich Lib Dems are calling on the Ministry of Defence to retain the Gurkhas' unique skills by putting them into the Regular Reserve in recognition of their service. As part of the Regular Reserves they can lead the way in building the Territorial Army and the Regular Reserve into the new Future Reserves.

"The Reserves are in need of a huge culture shift and recruitment drive if we are to successfully incorporate them into the future shape of the Army. Gurkhas are one of the most well-respected and revered parts of our Army. For no particular reason, we don't routinely recruit them into the Reserves. How better to build on the Gurkhas' legacy in the Army than extending the same Reserve Liability as other soldiers receive, and offering them the possibility of a second Army career as a Reservist?"

"Here in Greenwich Borough we have a proud Gurkha tradition through our strong and vibrant Nepalese community in Plumstead and our historic links to the British Army through the barracks at Woolwich, links strengthened through our unity with the Army over the recent tragic events . We, as Lib Dems, were privileged to be able to help local Gurkhas in Plumstead through the residency campaign in 2009 and to have links with them during the 2010 election. Gurkhas already contribute so much in their service to our country - the MoD must go further to retain their unique skills."