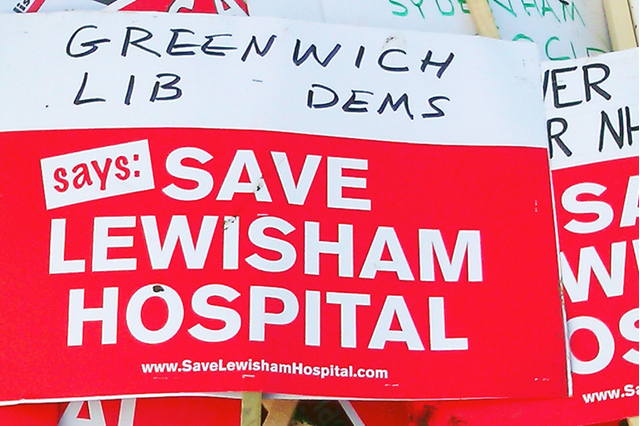 Greenwich Lib Dems have been supporters of the campaign to Save Lewisham Hospital from the start. We have joined our hard-working colleagues in Lewisham to protest about the injustice of asking financially-viable and newly-built departments at Lewisham to suffer for the mess that is the South London Healthcare Trust. In Greenwich, many of our residents benefit from Lewisham hospital - and beyond that, would suffer if the Queen Elizabeth Hospital in Woolwich was overwhelmed by the extra demands. The proposed changes are bad for patients, and bad for residents - both in Lewisham and in Greenwich.

Alongside Lewisham Lib Dems we support last week's decision by Lewisham Council to legally challenge the decision by the Trust Special Administrator to look beyond the specific Health Trust for which he was appointed and include Lewisham Hospital in a review of a separate Trust. A broad estimate of the cost of this action is estimated to be £200,000 and you can join us by donating to a fund set up to fight this action. 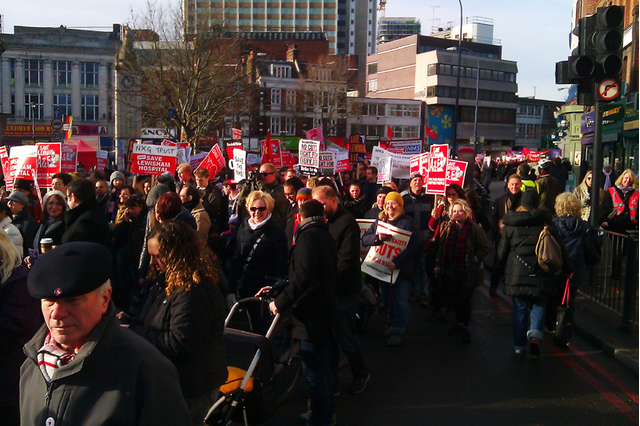 "Many of us in Greenwich have protested and marched in an attempt to right the wrong that is the downgrading of Lewisham Hospital", said the Greenwich Liberal Democrat Chair.

"There are solutions available to help solve this crisis that don't resort to the withdrawal of front line services at Lewisham. By working harder on renegotiating disastrous PFI contracts, and fighting for greater community health involvement, we could put in place a more caring and co-ordinated healthcare system across South East London. As things stand, we will be cutting local people's access to healthcare - and putting additional pressure on the Queen Elizabeth Hospital in Woolwich. These are not things that any of us want to see."