How healthy is democracy in Greenwich? 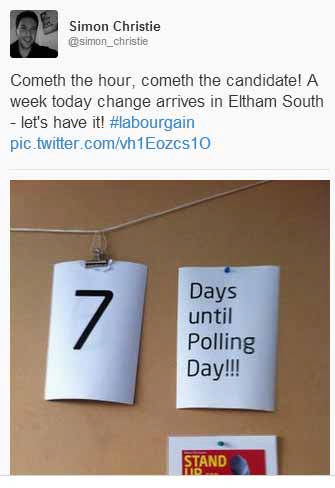 Commuting to work this morning I read that Greenwich is the 4th safest Labour borough in London. Wasn't at all surprised at this of course, Greenwich borough is a sea of Red with a small Blue enclave around Eltham. And with the coalitions cuts proving unpopular and the rise of UKIP, Labour activists are confident that even those few Conservative councillors could be swept away.

And that's a problem. Not because I'm a fan of the Conservatives, I'm really not. But exactly what 'change' would be delivered by a 41st Labour Councillor? Or a 42nd? Or a 43rd? Currently the total opposition in Greenwich Council numbers 11 councillors, let's say that goes down to 7 or 3 or less next Wednesday. Will those remaining councillors really be able to mount an effective opposition to the Greenwich Labour group in their current state?

This is a council that has been run by Labour for so long that the group has turned in on itself, that no longer holds itself accountable to anyone else. In the last few years for example we've had accusations of bullying,against councillors, against a cleaner, complaints of a bullying culture so entrenched that some Labour councillors have decided to quit. And did any of these complaints change anything? Of course not, everything gets swept under the carpet (normally after Greenwich Labour have invested the Greenwich Labour accused and decided that Greenwich Labour has no case to answer).

Of course a strong local press could hold the council to account. Step forward, Greenwich Time, or Greenwich Pravda as many now know it. Every week this taxpayer-funder Happy News for Happy People in Happy Greenwich lands on the doorstep and the council sticks two fingers up at anyone who complains, even when the paper clearly contravenes the law. And what about the harm it does to our genuinely free local press, like the News Shopper or the Mercury? Well, I guess some small businesses and jobs aren't so important, let them go to the wall. Did I mention that the council sacked one Greenwich Time journalist after he wrote to the News Shopper, in a personal capacity, to support the Save Lewisham Hospital Campaign?

The journalist also claimed that ex-Council leader Chris Roberts would also personal vet which stories could appear in the paper, and even had photos cropped to remove councillors who were out of favour. 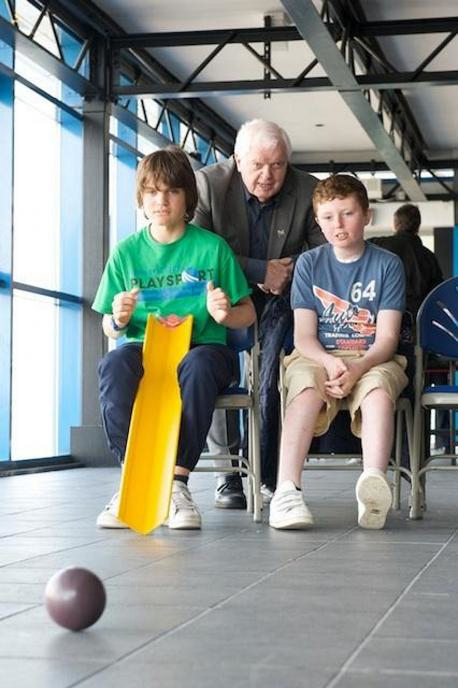 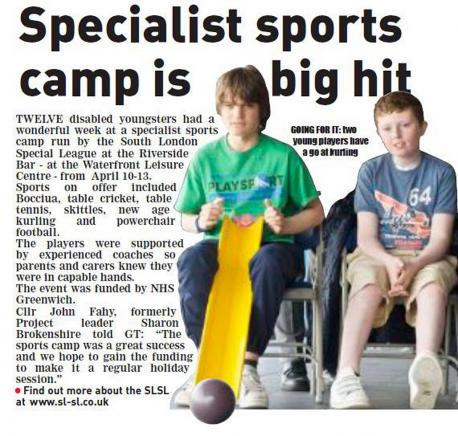 One story that did appear in GT was the Bridge The Gap campaign.

The picture below shows Cllrs Chris Roberts, Denise Hyland and Peter Brooks as well as Labour MP Nick Raynsford and local businesspeople,urging readers to back TfL's consultation into possible river crossings on the Greenwich peninsula and at Thamesmead. Incidentally Hyland is tipped as a prospect for the next leader now Roberts has huffed off into the sunset, running on a joint ticket with Brooks who was shoehorned into Glyndon at the last moment to replace Roberts. As case of 'New boss, same as the old boss'. 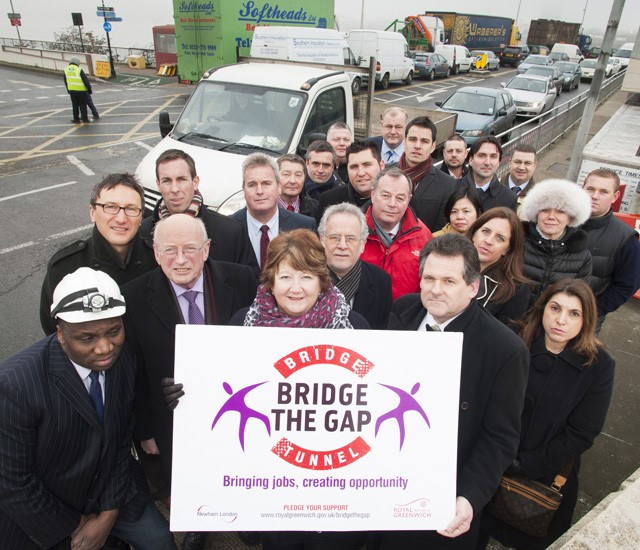 Pretty cynical stuff, especially since it has now surfaced (not in Greenwich Time unsurprisingly) that the council was sitting on a report that had already criticised the proposed Silvertown tunnel. Why give people the facts!

Except it turns out that the Bridge The Gap campaign wasn't actually anything to do with the Labour party, at least according to senior Greenwich Labour figure David Gardner (a shoe-in in Woolwich Common ward come Wednesday).

So the controversial unpopular things done by the last administration were all down to the Dread Pirate Roberts it appears, not Greenwich Labour. Presumably Greenwich Labour aren't taking credit for any of the positive actions of the Roberts era either. Right.

As usual trying to get answers out of Labour councillor's borders on impossible. And after Wednesday the period of intense door knocking will finish for another 4 years.

But we will still be able to hold our local ward councillors to account right? Well, not really. In Charlton there is a weekly surgery, every Friday between 7pm and 8pm. Hardly the most accessible of times if you are elderly, or a young parent, or don't think of Friday night as a traditional 'get an update from my local councillor night'! Could these times be rotated a bit? Maybe once a month have a surgery on a Saturday morning perhaps?

But aren't surgeries a little outdated anyway, we have the internet these days! Well, we do, but our councillors don't use it. I called on our councillors at the recent hustings to post monthly updates on what they were up to online. I didn't get a satisfactory answer, and there was some confusion as to whether the excellent Charlton Champion site was an appropriate website for them to post updates to (if it is, great, if it isn't, they can easily get one).

Credit where it is due to Cllr Gary Parker, the only one of the three current councillors who makes himself available via Social Media, in Gary's case Twitter. Gary occasionally posts responses to items on the Champion as well, although when I posted my own support for a community council - an excellent initiative that would capitalise on the strength of local activists in Charlton to boost the ward - his responses were less than clear and he was far more interested in talking about national politics than our ward.

A lack of clarity was evident again at the hustings when Gary announced that Charlton Park was looking to be developed as an 'arts centre'. By the next day this had become an 'arts project' and I am now starting to wonder if Gary is actually talking about the pottery area that a local café owner has talked about putting in his café, which is a fine idea but a long way from an Arts Centre. Of course I hope I am wrong about that, but whether I am or am not, we won't be finding out till after the election and in the meantime it's a nice rabbit to pull out of the hat at a hustings isn't it.

It's a great café by the way.

So what am I asking for? Well, I can't see a massively enlarged opposition arriving next week. But can we at least have some more transparency around how the council, and our councillors, do business? Labour themselves recognise they have a problem, since they call for greater transparency at council level in their recent manifesto. Which would be great, except they've been in power for over 30 years, shouldn't they have sorted that out by now?