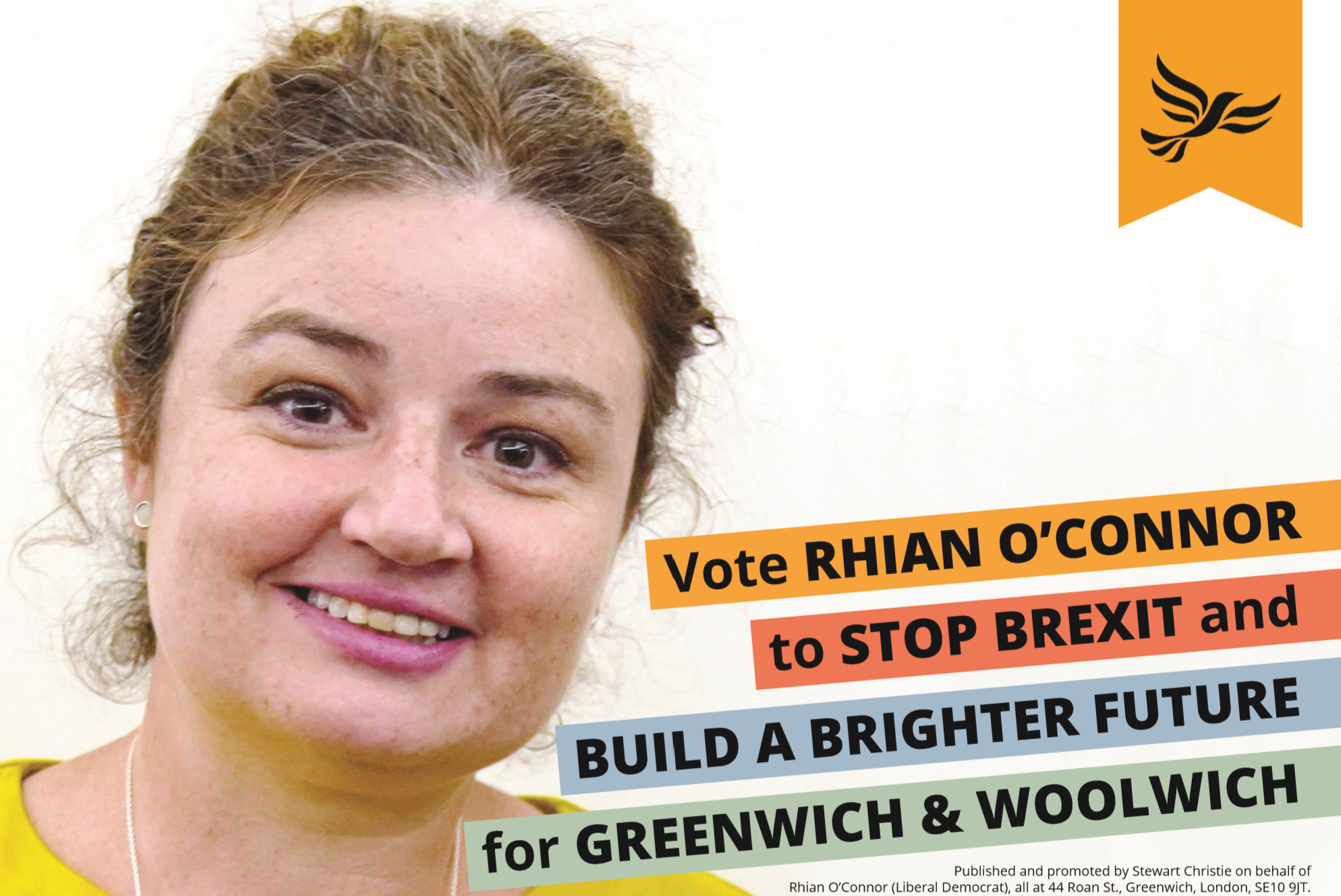 How we can Stop Brexit in Greenwich & Woolwich

This General Election is our chance to stop Brexit and build a brighter future for Britain.

The Lib Dems have campaigned for a People’s Vote on the final deal for the last three years, but Parliament and Labour have consistently abstained, or voted with the Conservative Government.

This may be our final chance to prevent the disastrous No Deal Brexit that Johnson and the ERG crave. Their plan to crash the UK out of the EU without a deal would be catastrophic for our NHS, jobs, and the economy.

The Labour Party refuse to decide their latest position on Brexit until after this election. Our local MP has voted against his party’s line just twice in the last four years, and never on Brexit.

Greenwich and Woolwich voted overwhelmingly for Remain in 2016, and the Liberal Democrats topped the polls locally in this year’s European Elections. The Tories and the Brexit Party can’t win here.

A vote for me is a vote for a voice for you in Westminster, and I will do my utmost to stop Brexit so that we can move on to the issues that we should be talking about - clean air, climate change, inequality and everything else that has been ignored during the last few years of chaos.

The Liberal Democrats are the strongest party campaigning to stop Brexit. At the Euro elections in May, the Lib Dems beat every other party in the Greenwich & Woolwich constituency. Every vote for the Lib Dems at this general election is a vote to stop Brexit.