On Friday 31st May Ed Davey and Jo Swinson fought it out in the first of at least 15 hustings across the country. I went to watch along with other Greenwich members to decide who should be the leader of the party. The conclusion for me and many is that either would be great – they differ little on policy and message. Both clearly respect and like each other and share many common ideals on the future of the party. 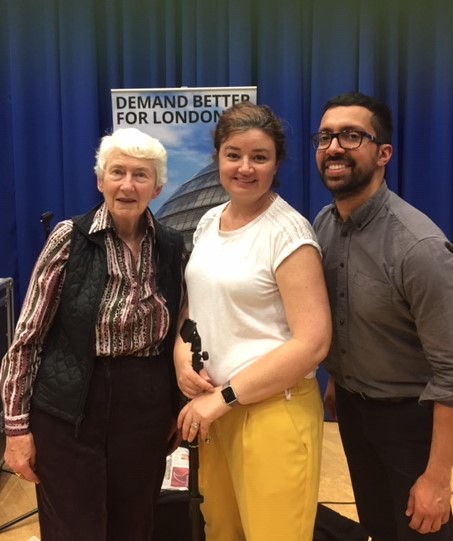 Themes for the evening were not surprising including Brexit, co-operation with other parties and how to take advantage of recent political advances. On Brexit nothing surprising was said – as Jo pointed out Channel 4 news had earlier on that evening tried to get them to disagree but both clearly sing from the Liberal Democrat hymn sheet. A people’s vote is essential to move forward. This will come about by persuading MPs from other parties that it is the only way to break the deadlock. Both said that they would prefer a No Deal not to be on the ballot as it is only a fantasy and means nothing. This time round the options need to be well defined and crystal clear.

As to how to win hearts and minds – both pointed to the emotional arguments behind the decision to stay in the EU. Ed pointed to the peace that has come across Europe and in Northern Ireland. Jo reminded of the arguments that had worked in the Scottish Indy Ref including the shared institutions that both side love – the BBC, the NHS, the Army as well as family and friends.

Where both candidates shined was when asked what their key policy outside Brexit is. Ed pointed to the Climate Crisis facing our earth and the successes we had with Green Energy in coalition. Jo vowed to make the economy work for the planet but for people too. She pointed to New Zealand’s decision to target wellbeing not GDP. When asked how to improve poverty levels Jo pointed to her work in coalition on things like shared parental leave and targeting dodgy lenders. She said that work must be meaningful, and people should be treated with respect. Ed pointed to the work the police do with the poor and highlighted increased home build. Both candidates were keen to push international cooperation against tax avoidance by corporations.

On working with other parties – both candidates said more or less the same. The Liberal Democrats must be the rallying point for Remainer voters, fighting against a tide of nationalism. Both speakers left it to local parties to decide local pacts. On specific issues deals should be done to support each other including Brexit and plans to tackle climate emergencies. Jo pointed out that with 11 MPs the Lib Dems cannot make a difference unless they influence other parties. Ed stated that we have to work with other parties but he did have problems with both Change UK and The Green Party on policy. 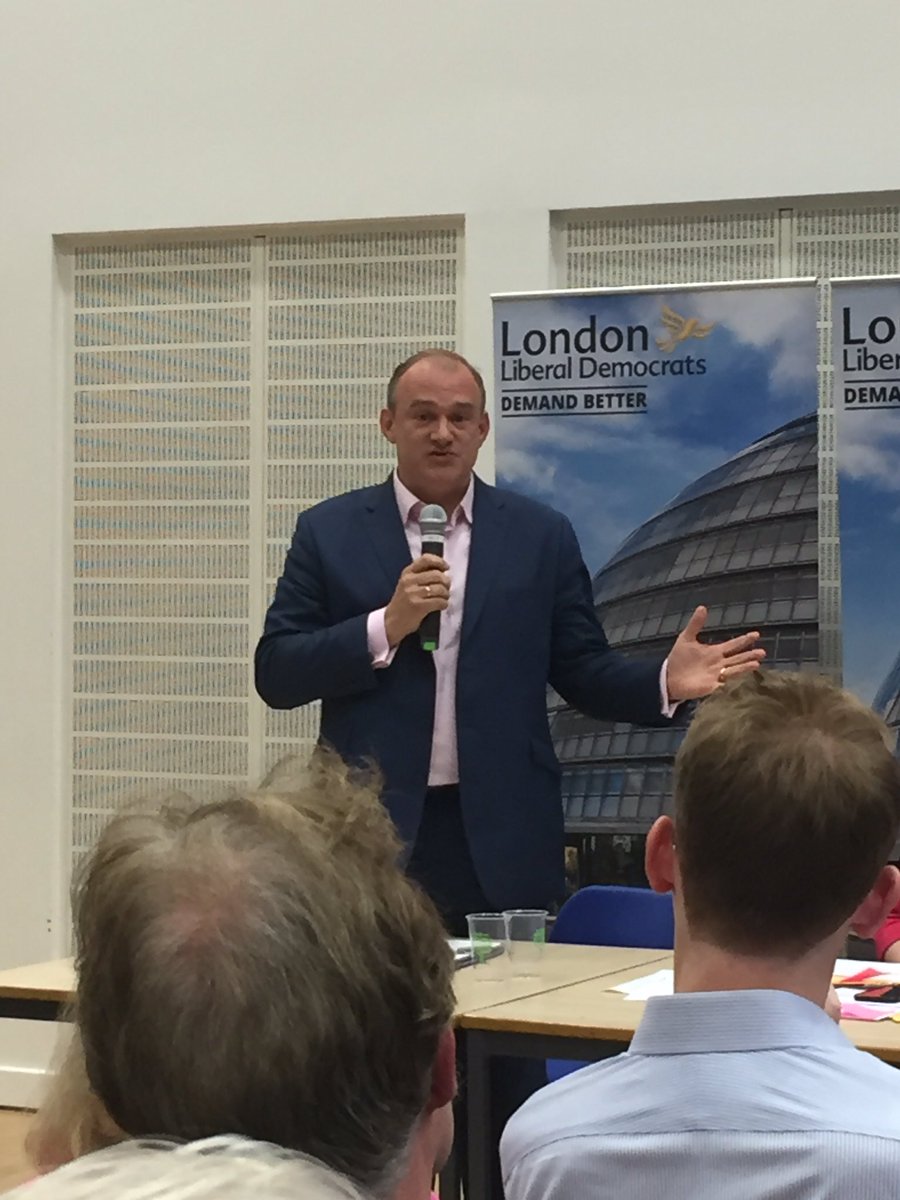 Other topics that came up in questions were transport, diversity, LGBT rights, young people and previous leaders of the party. Asked each other’s strengths Jo pointed to Ed’s climate change work and Ed stated that Jo was an amazing campaigner especially on diversity. In closing speeches both were impressive, talking about how they would tackle the media and clear messaging.

The view in the bar afterwards were split with strong support for both candidates. For me personally I will be supporting Jo, on both policy and personal grounds. I like her balance on economy, wellbeing and green issues. She talked of becoming a rallying point for the liberal movement and that’s what I’m looking for. While she came across as less “nice” than Ed, I think we need someone strong, differentiated and able to cut through the hype. Also I think its time we had our first female leader at a time where both other major parties (and indeed the Brexit party) are likely to have white middle-aged men. 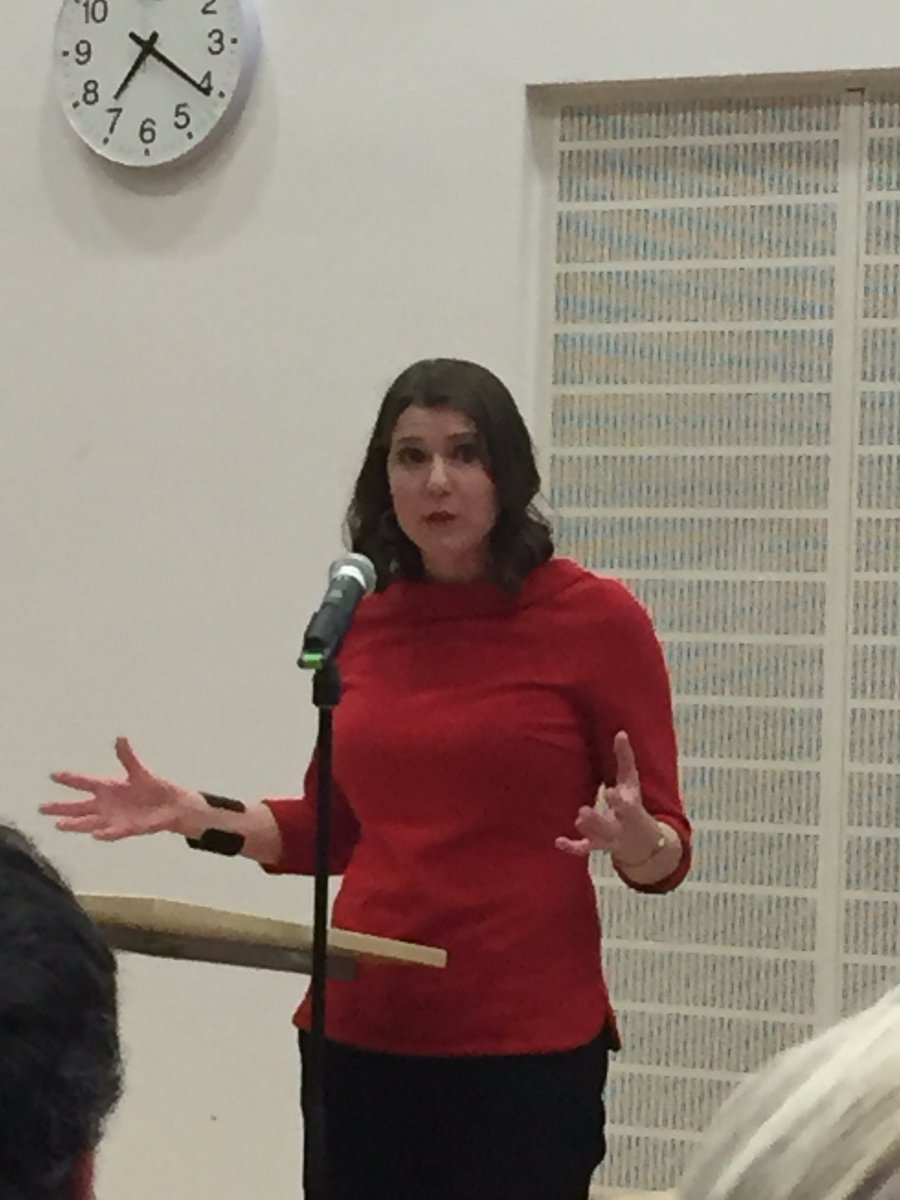 To find out more about their campaigns please check out their websites https://www.joinjo.org.uk/ and https://edforleader.org/

There are currently more hustings planned across the UK, see here. You can see a recording of the hustings here.

What did other Greenwich Borough members who attended think?

Ramesh (Woolwich): I agree it's a tough and important decision, as both would be good leaders but offer different things at this significant time for our Party and country. Personally my preference is still for Ed (although I haven't fully made up my mind), as although I think Jo could potentially have more immediate media appeal, and would contrast with the leaders of other Parties, I felt Ed's answers showed greater clarity of messaging and strategy, and more precise and substantial policy ideas, that would provide a solid foundation for the Liberal Democrats going forward. "Decarbonising Capitalism" and investing in social home building and public services as a means of addressing poverty, in particular, I though were vital.

John (Middle Park and Sutcliffe): Jo spoke of the need to appeal to people's emotions as well presenting realistic policies based on the facts. As the present position we are in regarding Brexit is very much derived from emotion, then I think that it is  very important that we can tap into that emotion while not ignoring the facts and expert advice.

Janet (Greenwich West): I liked what I heard from both candidates, but would slightly favour Ed Davey, because I think his knowledge of energy and green issues will strike more of a chord with the electorate, in other words he would be better able to ”out-green the Greens”.

Richard (Glyndon): I agree that we have fantastic candidates, both would be great as leader. For me personally, I can't make my mind up yet... I think it'll be best to wait to see what other policies/details both candidates come out with.