And today comes news that not only has councillor Fahy lost the Children's Services post, he is now sacked as Deputy Leader and will no longer be part of the cabinet. The news emerged, not via the council, but through the councillor updating his Twitter biography.

Such Town Hall secrecy is not an isolated incident. Come May 5th we have the London Mayoral and Greater London Assembly elections, and there's been much canvassing from local parties for their candidates (Go Caroline!) - but the election you may not have heard of is for a new ward councillor in Glyndon. 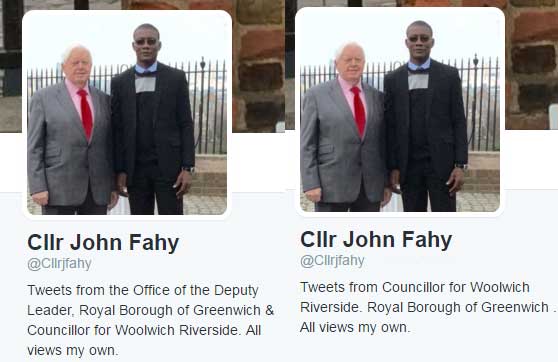 Stepping down is Labour councillor Radha Rabadia. Why is she stepping down? No idea, the local Labour leadership have decided the people of Glyndon don't need to know. Just as they didn't need to know why councillor Fahy lost the Education brief. However, the resignation just happens to come at a time when it makes sense to hold the by-election on the same day as the Mayoral/GLA vote.

Incidentally, this is exactly what happened when Matt Pennycook timed his resignation as a councillor precisely to ensure that his replacement was elected on the day of the General Election.

There are genuine reasons for holding different elections on the same day of course - cost-savings primarily - but merging a by-election with a "bigger" event also helps obscure the issues and limits the time that people and opposition parties can spare to shine a spotlight on local issues.

And local issues are something Plumstead (which Glyndon mostly covers) certainly have - an area long neglected by the council leadership. The streets are filthy, fly-tipping and dumping is rife, air pollution is the worst in the borough and councillors are barely seen. The only idea the best local Labour minds can come up with is demolishing the Grade II listed library and neglected leisure centre, spending £11m in the process and pushing everything into one smaller site.

And now, ahead of the annual Labour party meeting at Woolwich Town Hall, details are starting to filter out - unofficially of course, why let residents know through proper channels - that there has been another round of upstairs downstairs at City Hall. 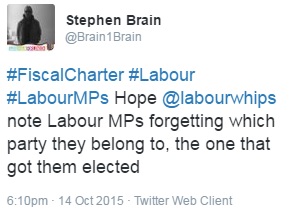 As well as John Fahy, gone is Labour Chief Whip Stephen Brain, replaced by councillor Angela Cornforth. Rumours abound that changes are afoot with the influential Planning Board too, with current chair Mark James possibly being replaced by old-school heavyweight, and confidante of ex-leader Chris Roberts, Ray Walker.

The mention of previous leader Chris Roberts is not co-incidental. Having arrived as leader promising a “new era”, Labour’s Denise Hyland seems to be running a very similar ship to her predecessor, with perhaps a lack of threatening voicemails or key-flinging the only obvious changes to the old regime.

At the time of writing, somewhere in a central London court, a local Greenwich Resident is challenging the Greenwich Labour leadership’s approval process for a cruise liner terminal at Enderby Wharf. This sorry saga - well-documented elsewhere - saw plans with potentially dire consequences for an already polluted area pushed through by a planning committee containing both the Leader of the council - unheard of anywhere else in London - and the Cabinet Member for Regeneration, Danny Thorpe. 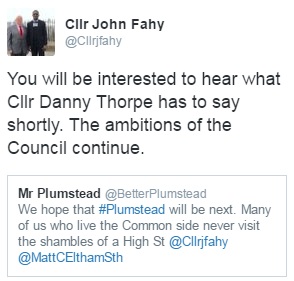 With a brief covering Regeneration and Transport, councillor Thorpe surely has a conflict of interest. And that conflict of interest will only get clearer with Thorpe now set to be the new Deputy Leader. Will Greenwich achieve a unique “double” and have not only the Leader, but also the Deputy Leader on their planning committee? And when Thorpe becomes Deputy officially, will there be a new Cabinet Member for Regeneration and Transport who ALSO sits on the Planning committee?

With Greenwich Labour, you certainly wouldn't put it past them.

And as long as councillors Hyland and Thorpe continue the Roberts-style clampdown on dissent, you certainly won't hear any complaints from other Labour councillors either.