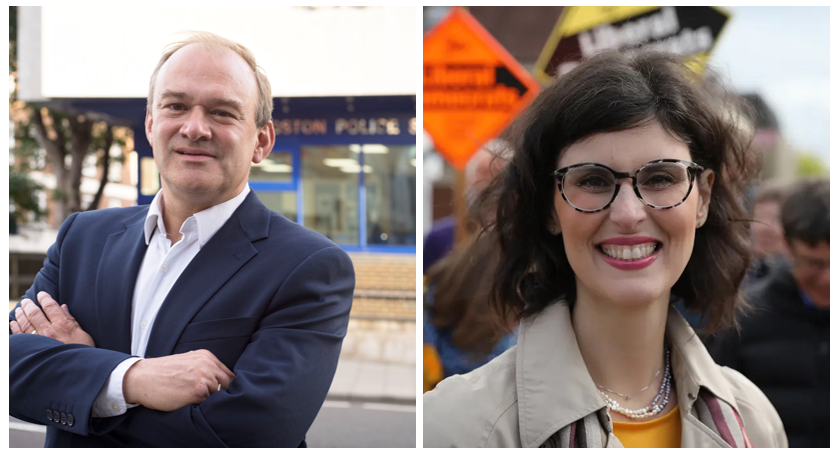 This summer, Liberal Democrats across the country will be voting to choose the new Leader of the party. This is an immensely exciting time to be a member, as the Leader is responsible for representing the party in Westminster and on the national stage, demonstrating the importance of liberal values and holding the other parties and Government to account. Already, we’ve seen positive discussion over the direction the party could take next, and we want you to get involved.

We are proud to be a democratic, member-led party, and every member will get a vote in the leadership election. If you are not already a member but want to play a role you can register here; if you want to find out more about how the Leader is elected, you can do so here.

Leaders of the party have to be current Members of Parliament (MPs). Two candidates have formally announced their intention to run: Sir Ed Davey MP and Layla Moran MP.

Greenwich Liberal Democrats will not be backing a candidate; instead, members are encouraged to vote as you deem best and to engage in open discussion about our visions for the party.

"I am currently undecided who to vote for. I think the argument of left versus right, when you really are established in the centre ground is a complete folly. We should be talking about liberalism versus authoritarianism as this is really what stands us out and is a differential that we need to connect with our voters on." - Charlie, Charlton.

“It’s hard to decide, as both candidates have strengths and weaknesses. I will vote for whichever candidate convinces me they will articulate a clear vision for what the Liberal Democrats stand for and want to achieve; and will lead the Party in such a way that it motivates and enables members to get involved with actively campaigning on those issues.” – Ramesh, Woolwich.

For members who want to get directly involved, both candidates are seeking volunteers to help canvas and work behind the scenes.

Below, we’ve shared information about the candidates’ backgrounds and visions for the party, as well as why some of our local members are supporting them and what you can do to get involved.

Ed has been MP for Kingston and Surbiton since 2017, and previously from 1997 to 2015. Ed served in the Coalition Government in several roles from 2010 to 2015, as the party’s Deputy Leader from September to December 2019, and now as the party’s current Interim Leader.

Ed is running on a platform that draws heavily on his own experience as an MP and member of Cabinet. Ed is focusing on three key areas for his campaign:

“My family voted for Ed Davey, we believe in his policy and what he stand for. Plus, a trusted ally and a friend who have meet Ed, in person on different occasions, spoke highly of him. We believe he has what it takes to take the party forward." – Marsha, Eltham.

Layla has been Liberal Democrat MP for Oxford and Abingdon West since 2017. She is currently the party’s spokesperson for Education and formerly the spokesperson for Digital, Culture, Media and Sport.

Layla is running her campaign on a message of change and a new, positive vision for what the party stands for. Her key policies include:

“I've nominated Layla. I really like her vision for the future of the party and on a practical level it seems to me she has better media cut through which is a big part of what we need right now.

Also frankly I like the fact that she actually sounds excited about Liberalism and Liberal values- it just resonates with me and reminds me why I joined the party.” - Charley, Eltham.