The national upsurge in membership has been reflected locally in Greenwich Borough and to welcome our new members we’ve already held two #LibDemPint evenings. The first event was at The Yacht in Greenwich and the second was held in The Equitable in Woolwich. Both events were crammed with new members (and several of us older more crumbly members) and were a delight to be part of. 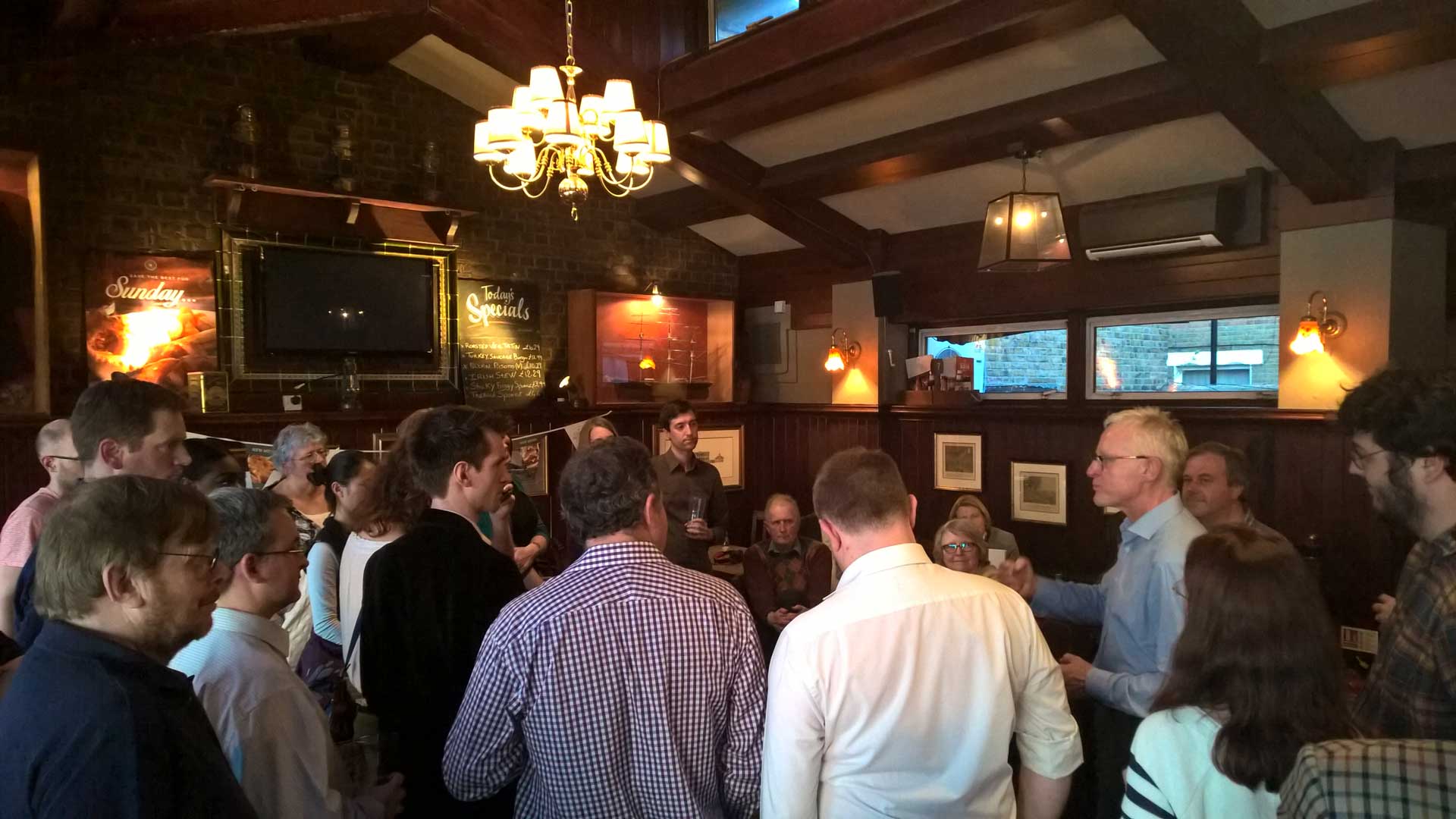 The Greenwich event was especially lucky to have a special guest in the shape of leadership candidate – and friend of Tinchy Stryder – Norman Lamb! Norman mingled with the local members and also gave a short but excellent speech on exactly why he was standing and what motivated him to both join and stay fighting for the party he loves, the Liberal Democrats.

As well as special guests and a chance to meet the newcomers both events gave executive members a chance to find out what sort of campaigns and activity people were interested in, and we’ll be following up on that information shortly.

In the meantime, we’ll be arranging yet more #LibDemPint evenings – soft drinks are available – and maybe even making them into a regular event. If you have suggestions for venues, or indeed for anything at all, please don’t hesitate to get in touch.