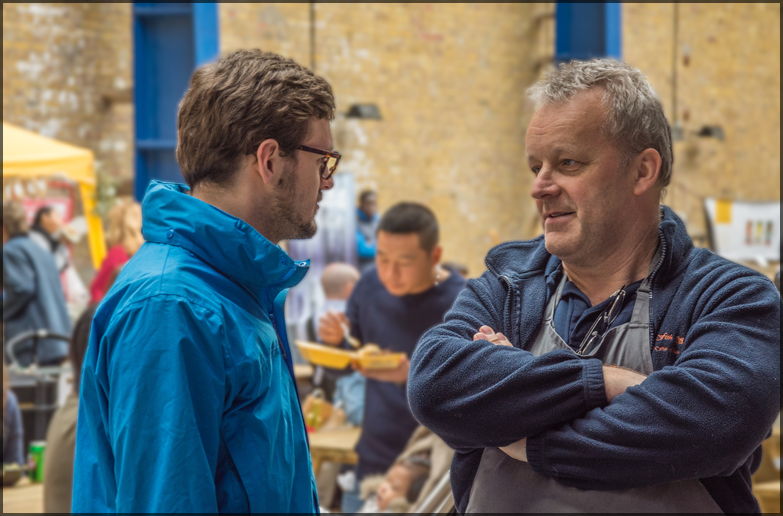 As political parties and the media gear up for the General Election on 8 June, talk has turned – as always with our first-past-the-post electoral system – to the issue of tactical alliances.

This is particularly the case in this extraordinary General Election, with the threat of Theresa May’s hard Brexit looming and the Labour Party trailing something like 20 points behind the Tories.

Would a tactical alliance of centrist and left-leaning parties make sense in the Greenwich and Woolwich constituency?

The short answer is ‘no’.

I certainly understand why those who want to prevent a Tory landslide would like all other parties to coordinate, but as a liberal and someone who is avidly pro-EU I simply could not bring myself to work with Corbyn’s Labour at the moment.

The Labour Party under Jeremy Corbyn just aren't pro-EU, and over the past two years they've shown they're not fit for opposition, let alone government. Their piecemeal approach to the Brexit negotiations only confirms this. They haven’t got a plan.

In my view Labour has become a regressive party, not a progressive one – looking back to the 1970s rather than looking forwards.

And while claiming to be "ardently pro-EU," the fact is that Matthew Pennycook, our local MP and a member of Labour's Shadow Brexit team, voted in favour of triggering Article 50.

He did so despite knowing Brexit will be deeply damaging to this country.

He did so despite the fact that a clear majority of voters in Greenwich and Woolwich voted Remain.

And he did so without any plan to hold the Government to account at the end of the two-year negotiating period – such as a vote by the people on the final deal.

Matthew Pennycook has given the green light to Brexit. It's as simple as that.

I am willing to work with anyone who will genuinely join the fight to keep us in Europe – that is the defining issue of this election, not the historic left/right split.

But actions speak louder than words. Matthew Pennycook had his chance to vote against Brexit. 47 of his fellow Labour MPs defied the party whip to vote with their conscience.

Tim Farron has made the Lib Dem position clear: we will not do any coalition deals with Theresa May's Convervatives or Jeremy Corbyn's Labour, because both parties are pro-Brexit.

We need an an open-hearted, tolerant vision of Britain – not the closed, protectionist vision which both the Tories and Labour are currently supporting. On this most pivotal of issues, Labour and the Tories are in hock to the Brexiteers.

The Liberal Democrats are the only party who are willing to provide that positive, progressive vision for our country.

Do you have a question for Chris? Or would like to get involved in the campaign? Get in touch