Greenwich and Woolwich Liberal Democrats held their Prospective Parliamentary Candidate (PPC) hustings on a sultry evening from 7.00pm at Mycenae House in Westcombe Park, Blackheath on 4th July. A large turnout of new and longstanding members met to hear the four outstanding candidates. 67 votes (including postal) were cast. The Returning Officer announced Rhian O’Connor as the Prospective Parliamentary Candidate to represent the Liberal Democrat Party at the next Greenwich and Woolwich Parliamentary election to great applause.

Rhian is a local campaigner and parent who has been active in the area for over 4 years.

The event was expertly managed by the Independent Chair - David Mitchell, Secretary of Enfield Democrats and the Returning Officer was John MacRory. 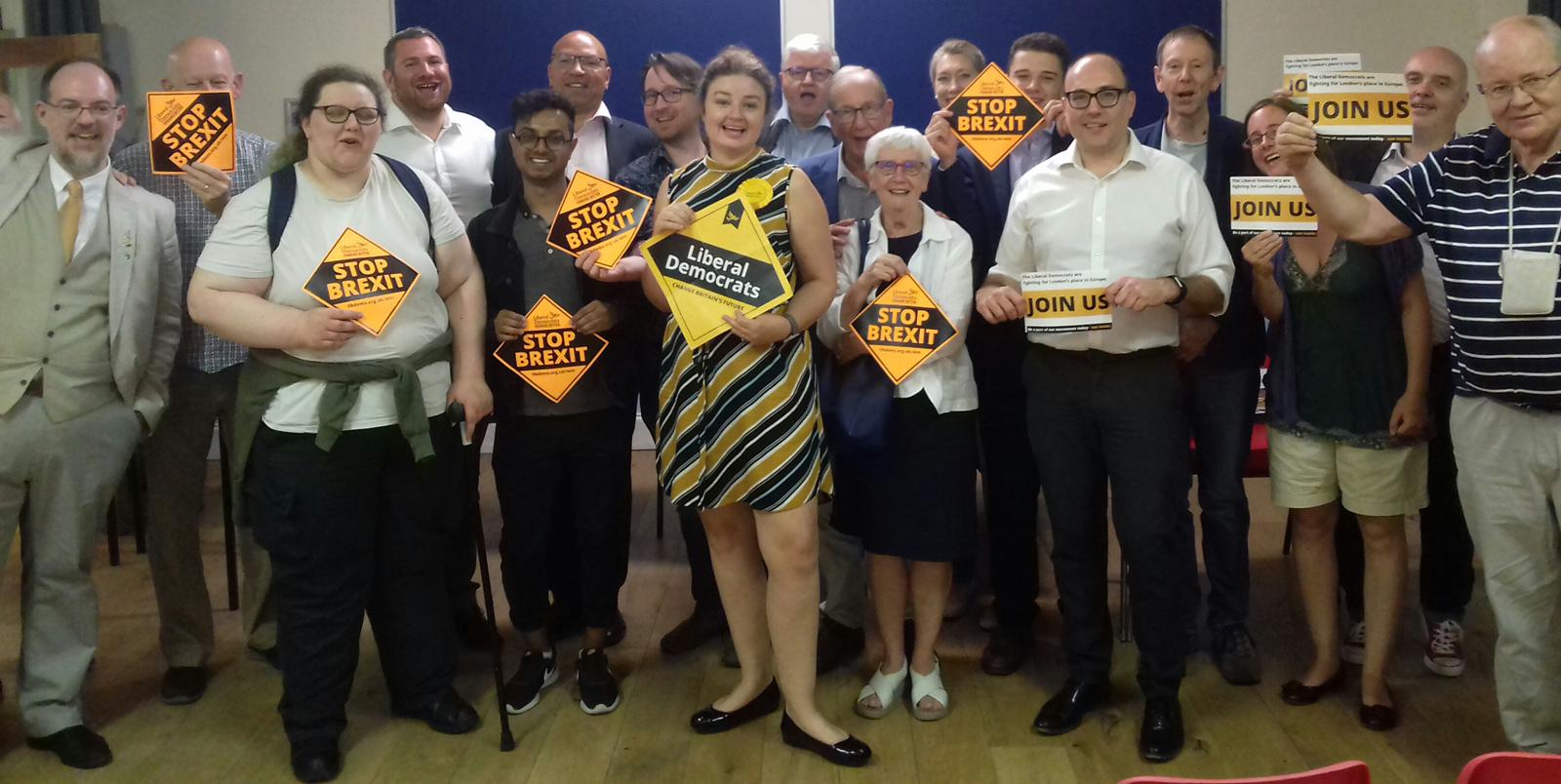 ·       Rhian as a trained economist understood that the economy, including business, taxation, and benefits were subjects on which the right policy choices had to be made.

·       She said a knowledge of economics helped her to explain the benefits of the EU which many did not fully appreciate.

·       Having volunteered in Greenwich food banks where increasing numbers are needing support, she believes that there must be reform to benefits including Universal Credit, unemployment benefit, and housing benefit.

·       As a mother of two children at a Greenwich primary school she was proud of the Department for Education pupil premium which the Lib Dems brought in during the Coalition to help improve education for the children of those worse off. She also opposed Grammar schools.

·       Rhian was proud of her internationalism speaking up to ten languages at varying rates of fluency and had lived in five countries.

·       She wanted the UK to remain in the EU both economically and culturally and wanted her children to have the same rights as she had, to live, love and learn anywhere in Europe.

·       Rhian stood in Greenwich West in the recent Greenwich Council elections in May 2018 and achieved the highest vote of any Lib Dem candidate in the Royal Borough.

·       She has campaigned extensively on environmental matters including against the Silvertown tunnel, allowing cruise ships on the Thames to run their polluting generators while moored in Greenwich, and against the opening of Greenwich IKEA on the Peninsula.

The other candidates were:-

·       Peter said that his first priority was to stop Brexit and pointed out that only just over a third of the electorate nationally voted for Brexit. His parents came from Poland and voters had to be persuaded that the UK must play a vibrant part of the EU for future safety and prosperity. Speaking Polish, German and French the Liberal Democrat party was the obvious home for him given his interest in Europe.

·       Peter had fought valiantly for the environment particularly to save Oxleas Woods from a Thames crossing road scheme.

·       Peter was also fighting for the NHS locally campaigning for increased funding for Queen Elizabeth hospital and local GP services.

·       He had an understanding of conflict having served in the armed forces for more than thirty years and served in Afghanistan and the Lib Dem Policy on Iraq brought him to the party.

·       Charley supported a stronger policy on knife crime since she lived close to an area with this problem and felt with the cooperation of communities the perpetrators could be stopped.

·       Charley said she was committed to increasing aspiration for all.

·       She had worked as a youth worker, classroom assistant, and as an emergency services worker in the NHS and knew that extra resources were needed.

·       She had been active in speaking in conferences and events on Lib Dem policies, Further Education, Brexit.

·       He said that there was now a new opportunity to elect a Liberal Democrat MP in Greenwich and Woolwich for if we were bold we could win, because when people heard of our values – Freedom, Fairness and the Future, they would come over to us as supporters and to vote for us.

·       He wanted to end the complacency about housing that came from the Tories and Labour.

·       A long-term campaigner for human rights, and LGBT+ rights and the rights of immigrants.

·       Richard has lived locally, on the Isle of Dogs for 25 years, and has campaigned for the Lib Dems in the East End and across London.

·       Richard has always loved Greenwich since he came to London and was only a foot-tunnel away. He said it would be an honour to represent Greenwich and Woolwich.