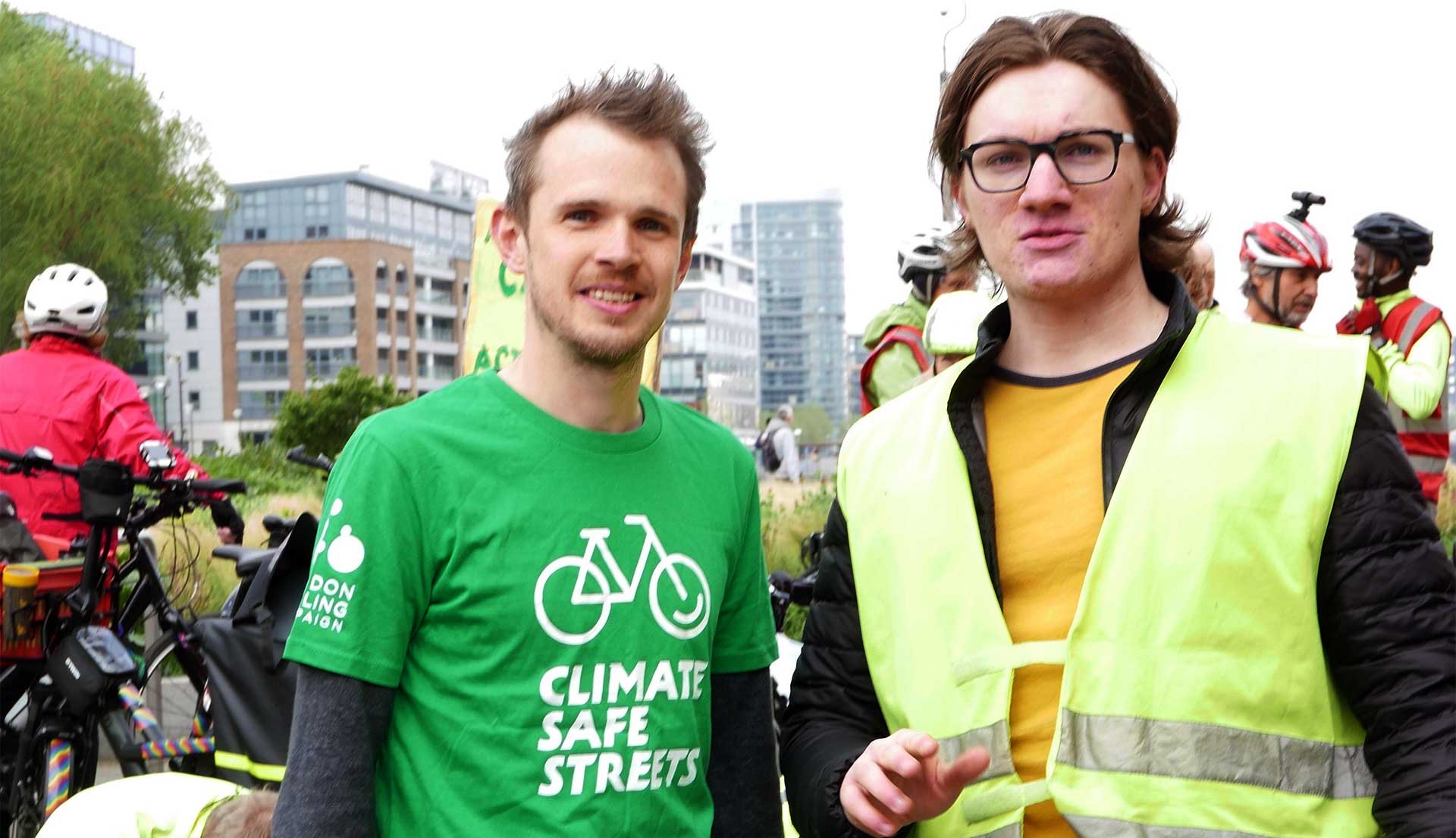 The London Cycling Campaign kicked off their #ClimateSafeStreets event in Greenwich over the weekend, to raise awareness and showcase support for their 5th May local election asks. The Greenwich Lib Dems are proud to support these asks. Starting by the Cutty Sark, the Marshalls escorted the team of 30 or so cyclists, including families, through Lewisham and to Southwark, where we met with local branches of the London Cycling Campaign. Eventually amassing 70-odd cyclists, we made our way back along the Thames Path, just as the sun began shining down. A fantastic event, demonstrating how safe, sustainable and scenic streets can help encourage active travel.

Meeting with local champions, including our colleagues in the Green Party, the only party who has signed on to the pledges at this time, and local cycling champions, including Walker and Chris, the leaders of the Greenwich Cycling branch. What we agree on is clear: the borough must do more to provide alternatives to car use. With growing populations, the danger of climate change and rising fuel prices, Liberal Democrats know that governments must do more to encourage cycling and walking. This does not mean punishing motorists. Instead, the local government must be prepared to invest into green infrastructure.

The Liberal Democrats know that consulting with people to know where they want cycle lanes, providing secure bicycle storage units, ensuring that public transport is not undermined by cycling, and a borough-wide transport plan, are all necessary steps. Without these, not only can cycle lanes be ineffective, they can also put people off public transport, and even the wider green transition.

We will actively push the Labour council to do more to create effective cycle lanes and invest more into the Green transition for the borough.