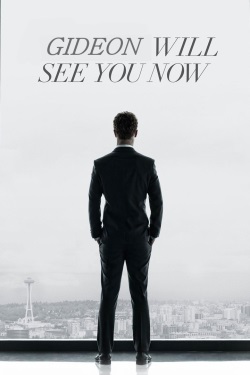 Led by new leader Tim Farron, the Lib Dems lined up to oppose the government. Blocked it in coalition, opposed it in opposition – as clear a position as you’d like. But Labour? A Thick-of-It-inspired ‘omnishambles’ comes to mind. Labour MPs had lined up to denounce the measures when they were announced in the budget, but then the ‘official opposition’ somehow managed to abstain. Forty-eight rebel Labour MPs broke ranks to vote against the Government, including mayoral hopefuls Sadiq Khan and David Lammy, as well as 80s throwback/leadership candidate Jeremy Corbyn. Erith and Thamesmead MP Teresa Pearce was also one of the 48, but Matthew Pennycook for Greenwich and Woolwich and Clive Efford for Eltham were not. 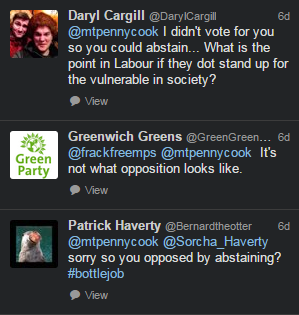 Labour MPs faced a huge backlash, and unsurprisingly. Having spent 5 years telling the Lib Dems how pointless their presence in the coalition was, here was a Labour party abstaining when faced with a bill that couldn’t have been more offensive to very people the Labour party is meant to represent if it had decreed that anyone earning less than £25K a year had to wear a bell round their neck.

Matt Pennycook at least showed why he has such a loyal following by tackling the issue head-on, posting to Facebook an explanation of how Labour, by abstaining, were actually opposing, and that by voting against the bill they would have been playing into the Tories’ hands. I don’t buy that at all, but credit to him for not hiding. The Labour position generally at the moment appears to be ‘We strongly oppose what the Tories are doing, but we’ll do it as well if it helps us get elected.’

Away from the national scene, the Labour Greenwich council were up to their usual tricks at Tuesday’s planning meeting at the Town Hall. First on the agenda was the application for a cruise liner terminal at Enderby Wharf just down from the O2. The planning board, overwhelmingly dominated by Labour councillors, were tasked with approving or rejecting the proposals. Local residents, some councillors (including a couple of the braver Labour ones) and Matt Pennycook MP all registered their concerns, primarily the effect of the terminal on already poor air quality.

But the Labour-dominated planning board were made of sterner stuff; they weren’t going to be stopped from approving a massive luxury cruise liner terminal just because it might add to traffic congestion and air quality in an already blighted area. Council officers claimed that, although the area was indeed already heavily polluted, the pollution from ships wouldn’t matter because it would be far away from the pollution on the roads – which doesn’t really take into account the fact that up to 19 coaches at a time could be travelling to the terminal to collect or drop passengers.

You can read more details of the events at the planning board via this Storify by local blogger Darryl Chamberlain, including many tweets from our own Stewart Christie, but the take-away is that here was a Labour-dominated planning board yet again riding roughshod over local concerns, showing zero interest in air quality, and then – once recriminations started pouring in – throwing their hands up and saying 'nothing we could do, we are a politically neutral planning board'.

And what of the Peninsula’s three Labour councilors, whose area was directly impacted? Two of the three, Stephen Brain, party whip, and Chris Lloyd, both spoke against the application, and both were ignored by their own party.

All of which is a very long way of saying, if you feel a lack of opposition at a national level, and a lack of democracy locally, then please get in touch with us and let us know you are up for getting involved. We’ve been getting ourselves sorted since the hammering of May 5th and we’re ready to start campaigning on the ground, and we'd love to have you help do it.