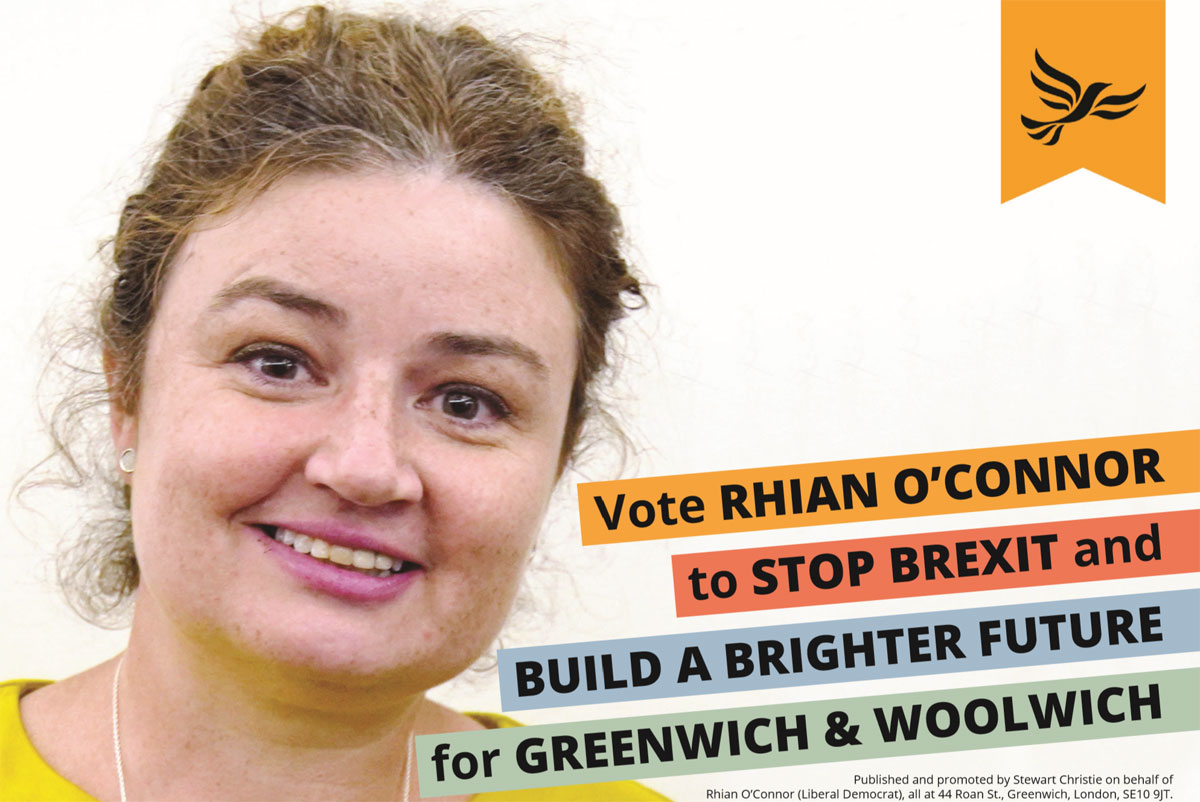 Why I'm standing in Greenwich & Woolwich

I have lived in Greenwich for over fourteen years, and love the diversity of the Borough. My kids go to school here, and I am deeply involved in the community.

As an economist and as a volunteer in the local food bank I fight against inequality and poverty and strongly favour evidence-based policy to create an economy that works for all.

I believe Brexit will worsen the lives of those in Greenwich and Woolwich, both economically and culturally. 9% of the Borough's residents are from Europe - our friends and our neighbours.

My love of Europe began young, with school exchange programmes to France and Germany. When I was twenty-one I was lucky enough to use free movement to study in Europe, and it upsets me that my children will not have this privilege.

I have also campaigned extensively on Clean Air in the constituency, from campaigning against the Silvertown Tunnel, to protesting against Cruise Ships mooring with no land power connection. I believe in better public transport, good green spaces and for more restrictions on polluting vehicles.

I want everyone's children to grow up breathing clean air.